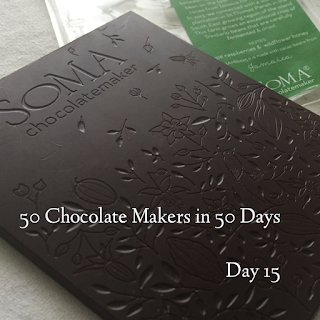 Sometimes I bite off just a bit more than I can chew.  I'm not always sure when I'm about to do that.

Earlier this year, with a big birthday quickly approaching, I decided take on a project of tasting the chocolate from 50 Chocolate Makers in 50 Days, and making a video for each one. I was inspired by the tasting project that launched 37 Chocolates by Estelle Tracy, although she made one video per week, I thought it would give me great practice to make one per day.

I'm happy to say I competed the project, even with the complications of daily life and travel thrown in.  One video I recorded at 11:45pm, after a  PNW Chocolate Society meeting, and had it posted before midnight, whew!  Another time the power went out so I recorded via candle light and actually held the chocolate upside down (which I didn't realize until I had already posted the video).
There was no particular order to the chocolate I chose for the daily taste.  Sometimes it was the bar I had just purchased that day, other times it was something from my chocolate vault.  I did save one chocolate maker for the very last because that chocolate maker makes a rum using nibs from the same origin as the bar. It seemed like a great way to celebrate end the of project.


I posted the entire series on YouTube initially.  Link: 50 Chocolate Makers in 50 Days

Keep tasting, your next chocolate adventure is just around the corner.

My next adventure:  Chocolate makers and cacao farms on the island of Hawaii. 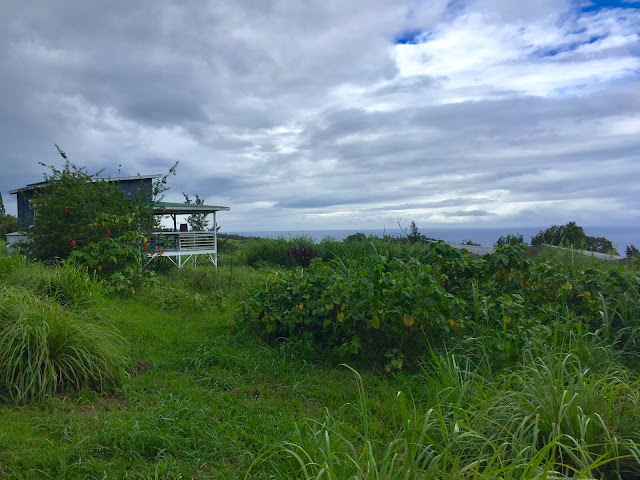